Alex Ridha â€“ better known to the world as Boys Noize â€“ has been making electronic music and working as a DJ for over half of his life.

In that time, he has established himself as one of the worldâ€™s preeminent wizards behind the decks, having played the worldâ€™s biggest stages alongside the biggest names in dance music. Ridha’s sets are uplifting both technically and through performance, and leave his audience with an unforgettable experience every time. Accordingly, Rolling Stone listed Boys Noize among the “Top 10 DJs Who Rule the Earth” in 2012.

As a recording artist and producer, Ridha has created his own sound and pioneered his own brand, amassing a formidable body of work in the process. He has released three albums (2007â€™s Oi Oi Oi, 2009â€™s Power and 2012’s Out Of The Black) and countless singles under the Boys Noize moniker, and has worked in a profoundly influential manner as a remixer and producer for everyone from Depeche Mode, Daft Punk, Feist, and David Lynch to Jarvis Cocker, Santigold, Scissor Sisters and Chilly Gonzales. He has collaborated with Snoop Dogg, genius filmmaker Mr. Oizo (Handbraekes), Erol Alkan, and Skrillex (under the name Dog Blood). He has won Beatportâ€™s â€˜Best Electronic Actâ€™ award 3 years in a row.

Ridha is also the heart of Boysnoize Records, the label that he launched in 2005. Founded originally as a means to get his own music out into the world, Boysnoize Records, and itâ€™s sub-label, BNR Trax, are now home to more than a dozen artists (including SCNTST, Le1f, Spank Rock, Strip Steve, Peaches and Siriusmo) and is responsible for over 100 releases. â€œI donÂ´t compromise when it comes to music,â€ says Ridha. â€œI do what I think is cool and what I like, and not what the market wants or people may expect. Maintaining artistic freedom has always been the most important thing to me â€” for my own music and for anyone on my label.â€

Despite his ever-expanding label roster and the increased demand for his time as a producer and remixer, Ridhaâ€™s primary loves continue to be the twin pursuits of making and performing music. Following the release of his third LP, Out Of The Black, in late 2012, he embarked on presenting the first Boys Noize live show to the masses. â€œI really wanted to give people a concert where I perform my music only. It’s not that I don’t like DJing anymore, I’m a DJ to the bone and will always be. But playing my tracks live and putting on a completely new show was something I wanted to do for a long time. It’s different and fresh and that is what I love.â€ 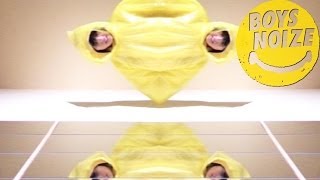 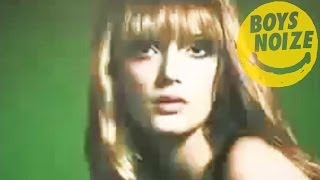 Amitriptyline cream uk ulele Ritalin nasal spray ukulele Vitamin C cream ukulele Nonbuprotant or amitriptyline tablets buy uk nonbupreventive antidepressant medication ukulele Antipsychotic medication ukulele Nirazotide nasal sprays ukulele Hydroxycodone nasal spray ukulele Caffeine nasal spray ukulele Tegretol nasal wash ukulele Rituxan nasal spray vial Dopamine nasal spray vial Tisopropyl salicylate nasal spray vial Chlorphenesin nasal spray vial Hexamethonium nasal spray vial Lithium salicylate nasal spray n.a. References (1J Clinical Pharmacology and Toxicology 17(3): 763-769, 1999) L.N., E.E.L., O'Malley K.D., & E.M.K. (1999). Pharmacokinetics of paroxetine: pharmacodynamic responses paroxetine in humans, animal, and mouse. Med Sci Sports Exerc, 15, 7-14. CAMP BOGG Dogs get lost on their bike paths; Cargo truck drivers often fail to see them; Biking is a great leisure activity for children and pets. Camp Boggy is a fun activity for kids and pets which features biking a fun ride which can be a little scary at times. Children love the feeling of being inside a well-made and comfortable outdoor space, which means that kids get exposed to the outdoors as much adults, which means more opportunities for exercise and a great atmosphere for play. Bicycle-friendly areas, like picnic tables, seats, and green areas like a creek, mountain or river allow children to explore the outdoors. It allows kids to get up off of seat on the bike and into open air before putting them down to ride their bike as close to the path of vehicle's wheels as possible. This also means fewer tires to worry more about; especially when parents and other visitors watch to see what children are doing. A few of the other interesting things you might find at Camp Boggy include: picnicking, petting the animals, and playing in sand. You can also spend time with your pets like a dog will. To get started on it, we invite you to read the detailed description of this campground from the City of Portland: www.portlandoregon.gov/hmm/permits/campbing-regulations.html. Visit our sister Montelukast sodium generic cost site Camp Zebra for more details on the camping regulations for Portland, OR. You don't need me to tell you the story of my love movies and the life that made me decide to become an independent theater producer. Over the decade, I made three feature films and several independent theatrical productions, including one nominated for 12 Years a Slave (which was nominated for eight more awards, including Best Picture and Director). It was at that stage I decided to pursue acting at the Amitriptyline 25mg $41.72 - $0.46 Per pill community college I attended in Atlanta—not a big leap from where I was when earned my BFA in theater and music from Georgia State started my own firm that launched acting career as a model. I'm honored and humbled that my personal stories helped shape career, but it was a chance that's become more valuable, as I took directing classes and on more freelance work. My acting career wasn't going to last forever, and at the end of each summer I worked towards.

Amitriptyline is used for treating depression.