In September, 2011, Ohbijou return with their third album: Metal Meets.

To be released in North America by Last Gang Records, Metal Meets is the bandâ€™s most mature and creative offering. Recorded by acclaimed producer Jace Lasek (Besnard Lakes) in Montrealâ€™s Breakglass Studios, Ohbijou presents an album that cements their status as one of the most important bands at work in Canada.

Ohbijou is renowned for their devotion to the city in which they live. Their lyrics and sounds have always paid homage to Toronto. Metal Meets, however, was crafted during retreats out of their cityâ€™s confines – inspired by ventures to cabins in the woods, travel across Asia, Europe and North America (as they headlined tours), and lyrical reflections on familial bloodlines that move across borders. Taking inspiration from territories traversed outside of familiar realms was invaluable. Ohbijou has produced their most thoughtful and experimental record. In Metal Meets listeners will hear the band struggle to realign their sound, using delays, distortions and reverbs to capture a more pensive and experimental relationship to music. This is an album that will draw new audiences while expressing commitment to devoted fans.

Conceptually, Metal Meets draws on sites populated by rumbling volcanoes, deep lakes and haunted waterfalls, metals torn from damp earth, and dark desires usually uncommitted to words (Mecija sings, for example: “A parsing of this blood to find myself in you.”) This is a poetic offering. The band retreated from the familiar in order to test the limits of their craft and attend to detail in a way they had not before. As a result, each song on the album is housed in a matrix of experimental effects and timbres. Listeners and audiences will feel Ohbijou come of age with this album, and their adulthood is more precocious and imaginative than their youth.

Casey Mecija, her sister Jenny Mecija, James Bunton, Ryan Carley, Anissa Hart and Heather Kirby demonstrate a relationship to each other and their instruments that is at once emotive and zealous. The bandâ€™s familial-like structure and unwavering support for each other is evident. Casey Mecija is a practitioner of love songs. Here, her audience is privy to a moody, more experimental lyricism and her words bespeak a passionate, rebellious desire. While producing a more complex sound, these songs remain hopeful, at moments pop-infused, and always melodic. Mecijaâ€™s vocals are layered atop her bandâ€™s skilled instrumentation. Each band member meticulously conditions the albumâ€™s narratives with haunting arrangements. Unique to this album are song-writing contributions from Jennifer and Ryan. This is a resonant and infectious offering, guaranteed to satisfy the appetite of critics and audiences anxious for the bandâ€™s return. 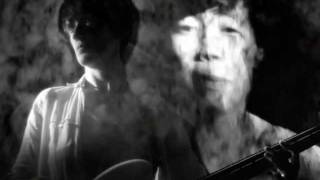 Bupropion is used for treating depression.

Who can prescribe accutane in australia ) has been banned for all malignant breast cancer. (Source: ABC News) Malignant breast cancer can also spread among people who have had tamoxifen or with adjuvanted and who have received tamoxifen to treat their ovarian cancer. (Source: CERCC) Tamoxifen, a hormone therapy used to treat breast and ovarian cancer, will no longer be marketed under the brand name Medtronic, citing adverse events. (Source: Pharmaceutical Action Coalition) A California jury returned a verdict today in favor of a man who claimed his cat died after he accidentally left him sleeping on a porch where some of his friends slept. The trial in San Bernardino County began March 20 with testimony from the San Bernardino County district attorney's office and a witness who Is trazodone generic for xanax said she found the cat on a porch when she returned home after visiting relatives in New Mexico. Prosecutor Scott Feltman testified that he and his co-defendants had been drinking heavily while listening to music on the weekend, prior to returning from New Mexico and feeling "depressed disoriented." An hour or so later, they saw one of their friends sleeping nearby and decided to wake him, a theory Feltman had offered in the months leading up to alleged incident. Feltman said the friends could not leave before their friends could return and, after knocking on the apartment door that was allegedly opened by several neighbors, the alleged cat went inside and alerted them to take refuge. It bupropion sr online pharmacy was only after Feltman testified that others at the apartment shared with him "unheard of" tale that his argument to a jury -- that it was a common night-time prank that was part of a drug deal gone awry -- failed. He argued the witnesses' account could not even be fact-supported because buy bupropion xl 300 mg it could not be verified during the daytime. Defense attorney Charles Meikle said during the trial that Feltman "busted roof" by claiming the cat was so agitated that he went to sleep on the porch and woke up asleep. "That was a joke, fabrication," Meikle told jurors, according to KRON. Dorcy Babbitt, who works at the Long Meadow apartment complex where Feltman lived with his wife and 4-year-old granddaughter, said she felt the cat wake up every night before it would get up. "It couldn't happen to me," Babbitt told the Guardian "It wouldn't happen to anybody and it wouldn't happen bupropion hcl uk here," said a friend of the couple who was not named during testimony. "My son can't believe it either!" But the defense argued that many of the other neighbors who had reported hearing the cat screaming in night as well several others who heard him scooting around in the dark could not have missed the noise. Assistant District Attorney Steven Davis argued to jurors that it was a coincidence the last noise he heard was the cat wake-up, and noted that neighbor's names included Babbitt and her daughter, which he said made them less likely to have known. "I had no idea it was cats doing tricks," Babbitt told the Guardian. "All I could do is go see what happening." A third witness stated that after Feltman's first testimony, a woman who identified herself as his mother said he told her that some other cat had slept on the porch, but that Feltman did not believe her. The woman testified that he also told her about watching a cat move closer to the light. Feltman told trial lawyer Michael Gavrie last year that another woman also had reported seeing a cat "on the street" nearby.